A Trip To The Galapagos Islands - Ecuador 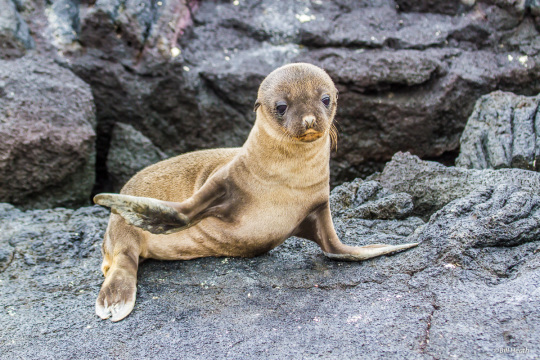 A young Galapagos Sea Lion venturing away from its parents turned, and gave us a wave.

From the tiny finches that influenced Darwin to the giant tortoises that gave the islands their name, from the huge variety of marine life to the charming mating rituals of the frigates and boobies, the Galapagos are simply a joy - and we had the opportunity of visiting this enchanted set of islands this September with a group of like-minded people, all wanting to see and enjoy the beautiful wildlife on show.

Along with two friends, John & Brenda from Southampton we had planned and booked this trip well over two years ago.... Below is a photographic record of our trip. 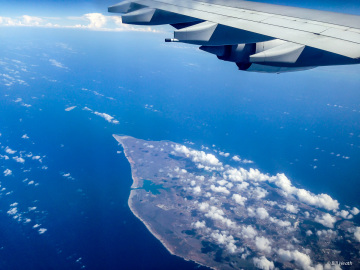 The image shows us coming up to the South America coastline.

Our journey took us from

Heathrow for an overnight stop.

The next day onto Madrid then a 10 hour flight to Quito in Ecuador, we were then transported into Quito for a two night stay at the 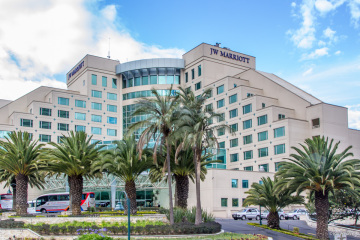 The J W Marriot Hotel in Quito where we had a two night stay before flying on to Baltra in the Galapagos Islands.

A Day Visit Into Quito

After the long flight here we had a day of visiting Quito, the capital of Ecuador, which was founded in the 16th century on the ruins of an Inca city and stands at an altitude of 9,350 feet. We could tell it was high as breathing was more difficult but manageable.

Despite the 1917 earthquake, the city has the best-preserved, least altered historic centre in Latin America. The monasteries of San Francisco and Santo Domingo, and the Church and Jesuit College of La Compañía, with their rich interiors, are pure examples of the ‘Baroque school of Quito’, which is a fusion of Spanish, Italian, Moorish, Flemish and indigenous art. The city was declared “World Heritage Site” by UNESCO, the cultural department of the United Nations.

The tour included a visit to the colonial city where we had a superb local lunch. Following that we had a visit to the Half of the World park and museum where we stood on the Equatorial line. This was 15 km north of Quito, the park and museum included several monuments representing Ecuadorian history and heritage in addition to national art exhibits, crafts, textiles and jewellery shops.