A Fast Trip To Italy... Around the Maserati & Ferrari Factories 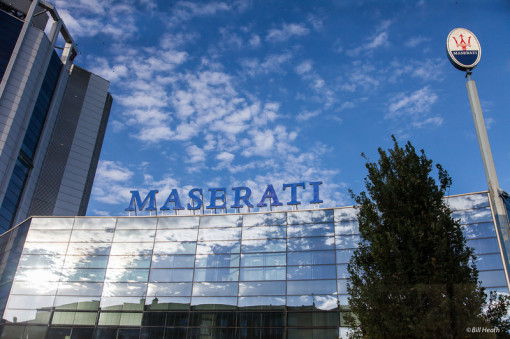 Maserati Headquarters – and the home of Maserati since 1940 – is situated in Viale Ciro Menotti in Modena, Italy.  The original redbrick factory buildings still stand as a reminder of the marque’s heritage.  It was here in Modena that most of the iconic Maserati cars were born and indelibly stamped the mark of the Trident on the automotive world.

Although much of Maserati's manufacturing has now relocated to the factory in Turin (Torino) – where production of the new Quattroporte and Ghibli is taking place – the Viale Ciro Menotti factory is far from silent.  After a complete overhaul and modernization just over a decade ago, this Maserati factory still maintains its posizione centrale as the Maserati epicentre of ‘excellence through passion’.

The entrance hall to Maserati Headquarters is a grand affair with a stylized representation of a racetrack dominating the substantial floor space.  The racing heritage of Maserati – from the Fangio Formula 1 era to the the modern Trofeo Maserati – remains the defining essence of this Italian marque despite the modern emphasis on luxury. 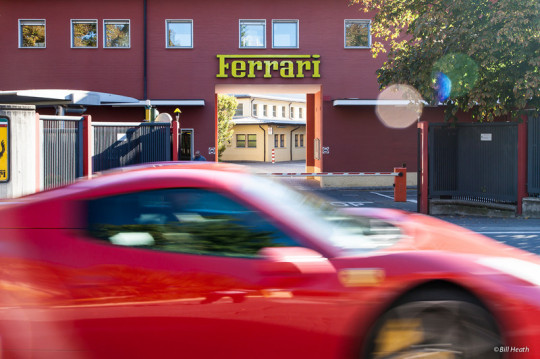 A town in northern Italy, near Bologna, Maranello has been home to Ferrari since the 1940s.  At more than 250,000 sq metres, the factory's 45 buildings house more than 3,000 workers.  It is here that passion, innovation and technology combine to create the company’s GT and Formula 1 cars.  On 3 December 1942, planning permission was granted for a small plant making machine tools in Maranello.  From the Scuderia Ferrari headquarters in Via Trento Trieste in Modena, Enzo Ferrari chose to go to Maranello because, as he wrote in his memoirs, he owned "a piece of land in the immediate vicinity of where the factory is today".