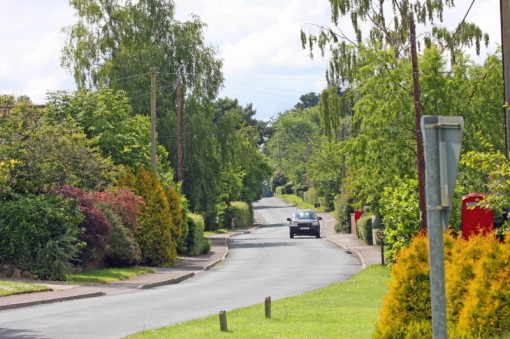 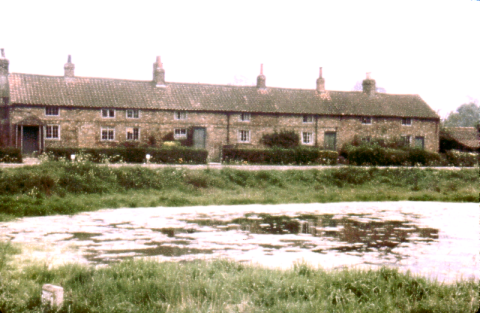 The Village Green which used to be a Village Pond - The cottages in the background were built as "Poor Houses" and administered by a Board of Governors.

George Palphramand, who worked for Father in the late forties and early fifties, was a great D.I.Y. enthusiast.

Years ago we made our silage in concrete towers, and vast quantities of water and black treacle were sent up the cutter-blower with the grass to aid fermentation. As a result, there was always a lot of effluent at the foot of the towers, which the cattle loved, but too much gave them upset stomachs.

We used to fence off the towers, but the stock would push the fences down, so George decided on a better way, and unbeknown to Father, he dug a small drainage channel to the big dyke behind our fold yard which ran down to the village pond.

All went well for several days, but then there were complaints to the Council about the appalling smell from the pond. By the time the official came to inspect, large bubbles were appearing on the surface of the pond and bursting in rather dramatic fashion. After some considerable investigation, the trouble was tracked back to our dyke and the silage drain.

Father confessed to his total ignorance and called the men round to ask them some searching questions, whereupon the truth came out.

The upshot was expensive. We had to buy a special chemical powder which stopped the fermentation and spread it all over the pond - the council kindly lent the waders and the spreader party was led by George.

This task was enlivened by a great deal of heckling from the interested bystanders, but the powder was effective and Father sadly paid the bill. The small drain was filled in and the fence around the silos made much stronger.

Cleaning Out The Village Pond 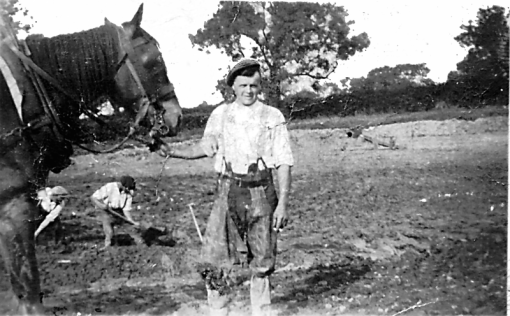 Teddy Todd with others cleaning out the Village Pond

Notes From Marion Pollard (nee Haigh) who grew up in Claxton

I remember a winter just before the war when Claxton pond froze so thickly the men from the village put candles in jars and stable lamps all round it and then skated all evening. It looked magical!

I once walked across the pond but only after Gee Pickup went first. He was much bigger than I was so I reckoned if it would hold Gee then I would be alright

That pond was an important part of village life. We caught frogs and water bugs, Mrs Borwell put ducks on it every year and steamrollers would fill up their tanks when passing through. 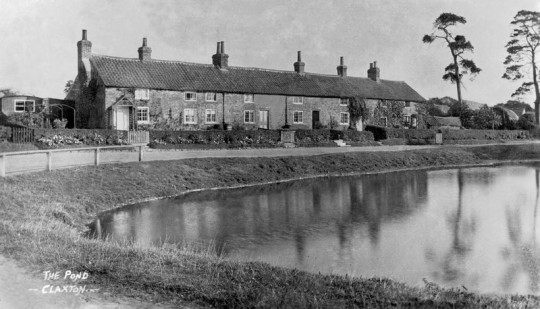