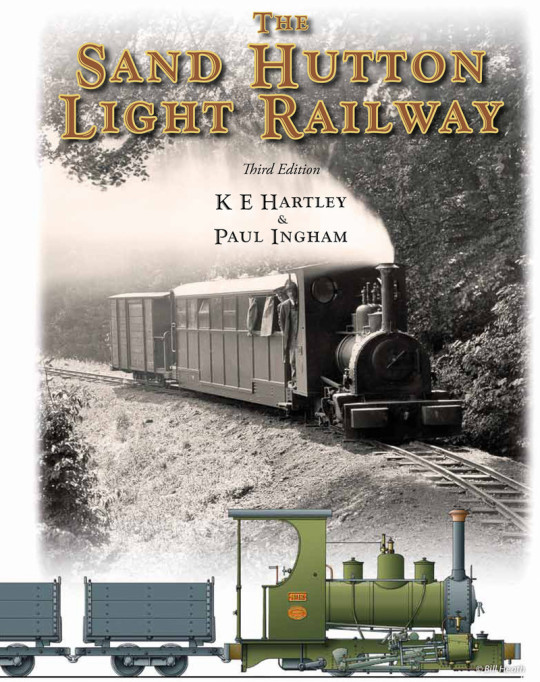 First published in 1964 and subsequently revised in 1982, Ken Hartley’s book about the railways at Sand Hutton inspired many. None more so than Paul Ingham, to whom Ken eventually bequeathed all his material on the subject, with the caveat that it was up to Paul to provide the third edition.

In the beginning in 1912, Sir Robert Walker laid down a 15inch gauge miniature railway at the family seat – Sand Hutton Hall. After World War 1, in which Sir Robert served as an army officer, he decided to extend the line to build a connection to the NER station at Warthill to provide transport for goods in and out of the Estate.

To this end a Light Railway Order was applied for in 1919 and approved in 1920. Work started on the enlarged line straight away, but the opportunity to purchase 18inch gauge equipment made surplus after the war ended changed it all.

With the arrival of three locomotives and 75 wagons from the Deptford RASC Depot, the gauge was changed to 18inches and the line completed – all except for the connection to Scrayingham – which was never made. Sir Robert’s new line carried all sorts of traffic, coal, agricultural produce and bricks from the works on the Claxton branch. A single bogie coach provided passenger accommodation.

Unfortunately, Sir Robert died prematurely early in 1930, just short of his fortieth birthday. The railway carried on without his guiding hand until June 1932, when the Ministry of Transport agreed to its closure. Lifting and scrapping of the locos and stock followed soon after.

Cash or Cheques should be made payable to: