The Claxton and Sand Hutton Local Heritage Group came into being under the auspices of the Parish Plan, prepared and adopted in 2008. This small embryonic group has produced a Local Heritage Trail; much of it centred on the history of the Walker family of the 19th century Sand Hutton Estate and Hall.

A Local Heritage Open Day at the Village Hall in June 2009 was very well attended, and many memories were shared! A major attraction was a unique scale model of the Sand Hutton and Claxton goods and passenger light railway, in operation in the 1920’s and long since gone 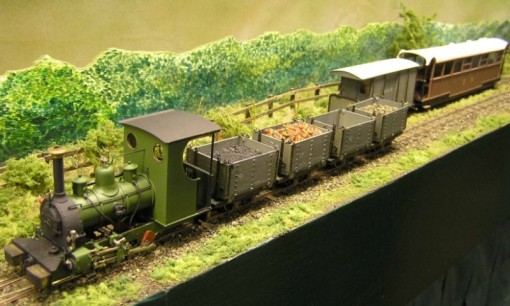 ﻿In January 2010, we were treated to a fascinating account of the renovation and innovations at nearby Howsham Mill.

This was followed by an Annual Heritage day in May 2010; this provided another opportunity for local residents and guests to walk the Heritage Trail, with an accompanying audio visual presentation in the Village Hall.

During the afternoon, guided visits were made to: 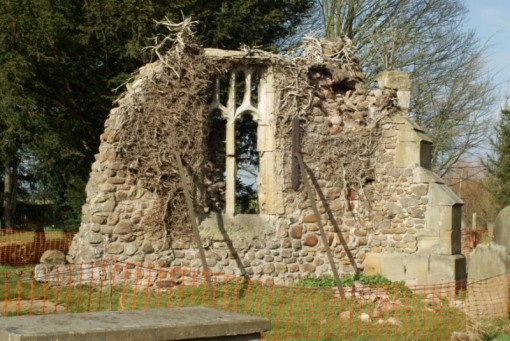 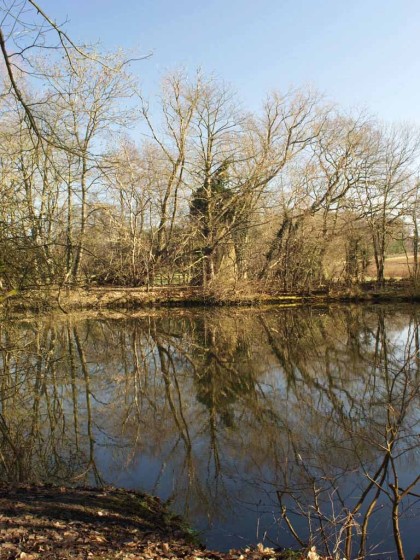 Claxton Brick Ponds with Wind Pump in the background 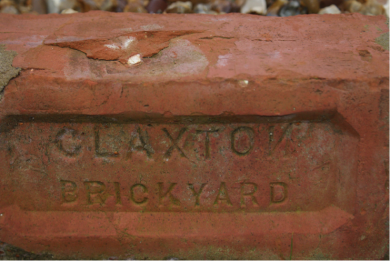 Brick manufactured at the Claxton Brickworks 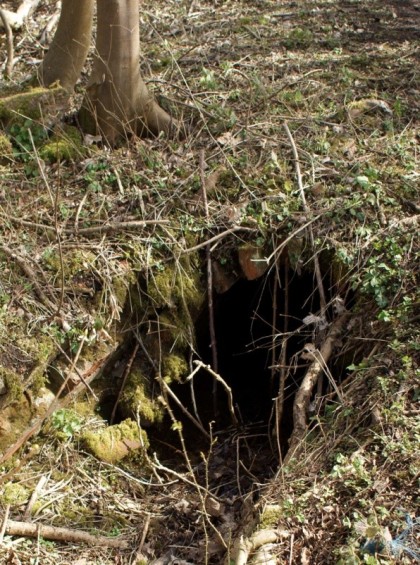 Remains of the Flue of the Hoffman Barrel Arch Brick Kiln

﻿The Group feels strongly that every opportunity should be taken to increase local knowledge through the reminiscences of long time residents.

To this end, Brian and Dot Mills, Alan Kerridge and Jenny Whitely shared their memories with us at a ’Down Memory Lane’ gathering in the village hall on Wednesday 14th July 2010.

A warm hearted and memorable evening was had by all! 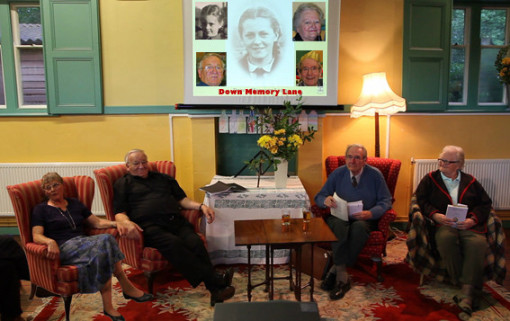 In November 2010, a film evening was hosted by the Yorkshire Film Archive, providing us with some poignant and memorable reminiscences of Yorkshire life generally in the 50’s and 60’s.

Early in 2011, the Group invited community archaeologist Jon Kenny to talk about projects being undertaken by other local history groups. He gave us some valuable ideas on how we might develop our interests, such as planning a field walking session with villagers.

Discussions are being held on how we might begin to use the extensive research material acquired from local historical maps, census surveys and trade directories. Using this information, the group hopes to be able to compile a development plan of the villages back to the 19th century.

A Coffee, Chat and Copy morning was held on Saturday 10th September 2011 to encourage villagers to bring in plans, photographs of their houses and gardens before and after renovation: 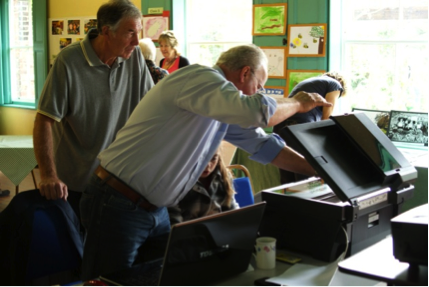 A red hot scanner in use. 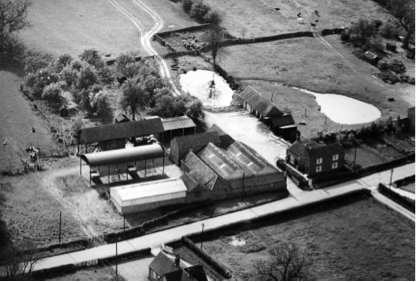 Manor Farm Claxton - One of the images brought and scanned on the day. 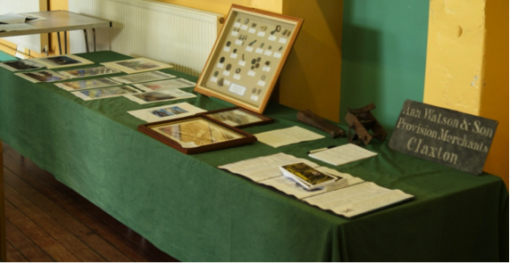 Several artefacts of historical interest were also on display.

﻿A second ‘Down Memory Lane’ evening was held in the Village Hall on Friday 7th October 2011, with Michael Dryland, Harry Hall and Jenny Whitely reminiscing in the’ parlour’: 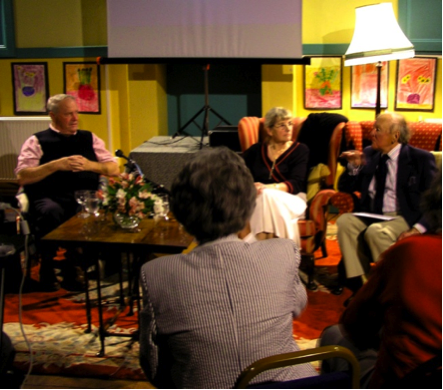 ﻿Many amusing anecdotes were told of life in and around the villages and of the last days of Sand Hutton Hall!  This was accompanied by Bill Heath’s presentation of historical photographs from the archive, including some ghostly images of past estate workers reappearing in the grounds of the Hall!

The Group continues to prepare an archive of oral histories through an ongoing programme of interviewing present and former residents of the villages.

Another highly successful Yorkshire Film Archive meeting was held on Wednesday 14th March 2012. Some  19th Century footage was shown followed by  a chronological sequence  of town, country and school life through to the 1960’s and 70’s, including footage of the last scheduled  mainline steam service on the Pickering –Whitby line, and  appropriately, the Coronation celebrations of 1953.

Synolda arrives on the lorry at Sand Hutton School

Our Group contributes news of its activities to the Timeline York Plus network of local history groups and is represented at local Timeline and archaeological meetings.

Much of our local history is documented in the millennium publication ’Claxton and Sand Hutton-Reflections’.

For further information on the Group and its activities, please contact Anne White, 01904 468550 or any of the committee members or drop us an email: Bill@PhotoReflections.co.uk